After lunch at another outdoor cafe (…because Charleston has exactly 0 fun outdoor streetside cafes), we walked over the Golden Horn to the more modern side of Istanbul. Trying to get our tourism on, we headed to a must-see site: the Galata Tower. 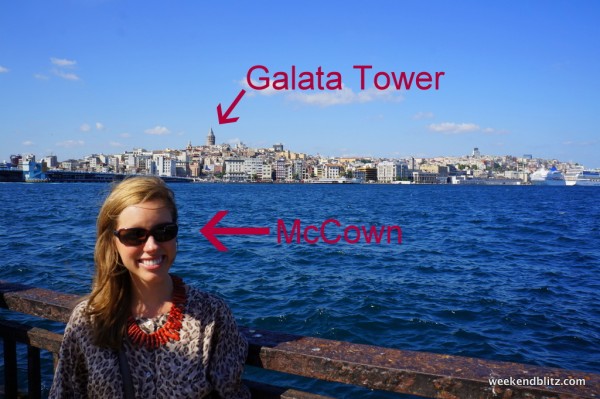 View of the Galata Tower from across the water 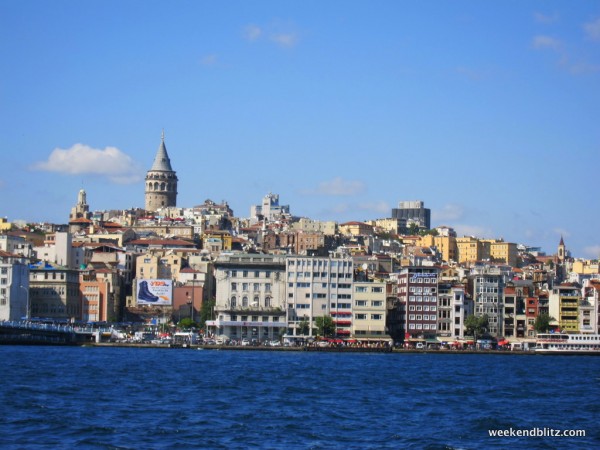 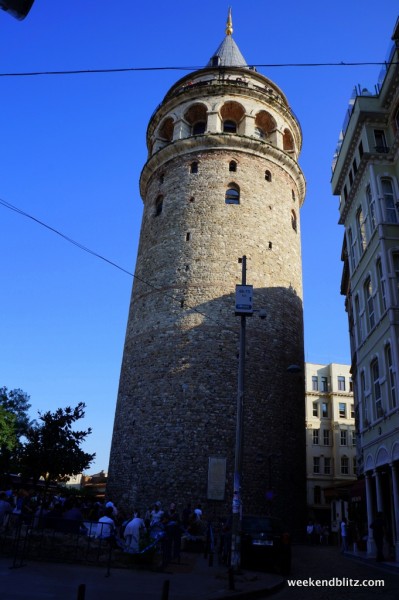 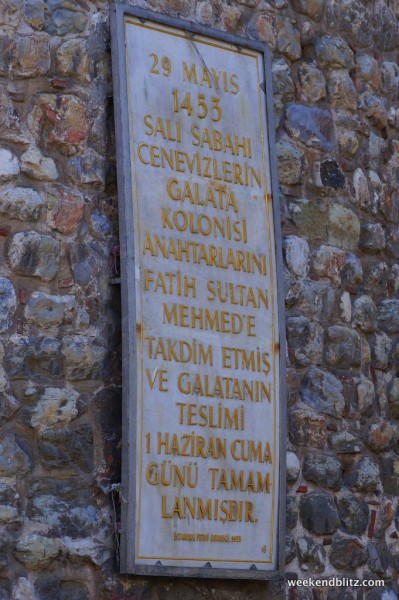 The Tower was built to replace its predecessor, known as the Great Tower, which was used to control sea traffic and closed the Golden Horn. Beginning in the 18th century, the Ottomans used the Tower to look out for fires in the city. 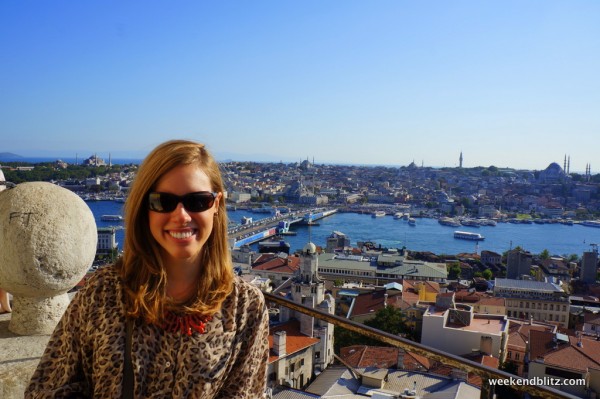 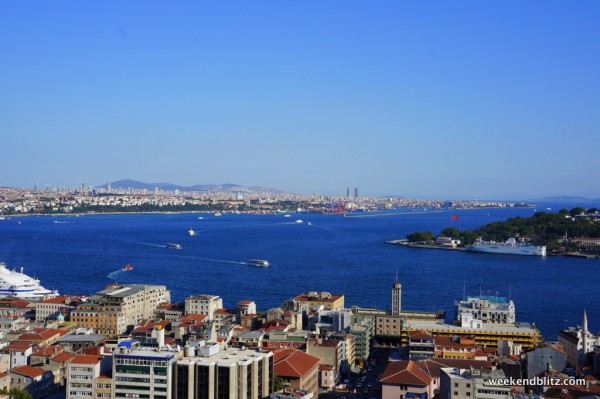 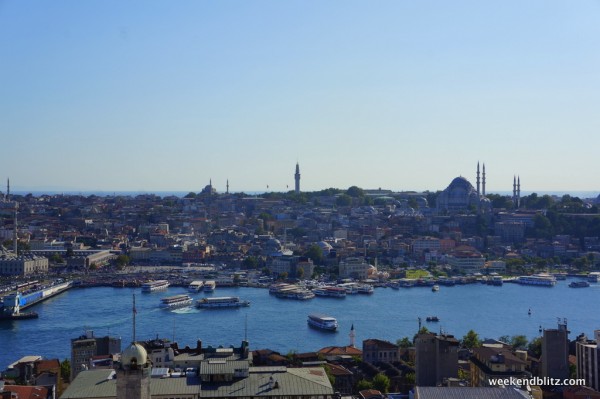 The nine-story tower has a restaurant on its top floor, but visitors can climb to the top without having to eat there. There is a balcony all along the top and, when we were there, we were jam-packed and passing fellow picture-takers was rather difficult. We did end up getting the coveted panoramic shot of Istanbul, complete with the Hagia Sofia and Blue Mosque. And, we even scored a photo of the two of us up top. 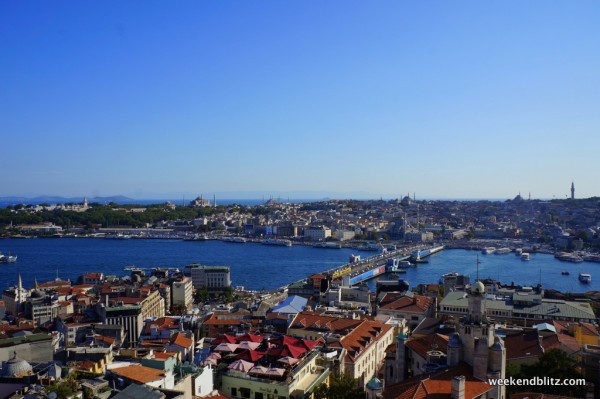 BOTTOM LINE:  Although the newer part of Istanbul isn’t my favorite, climbing to the top of the Galata Tower should be high on your list of things to do. The view is second-to-none, and, hopefully, the crowds won’t be too bad so you can get a group picture with a background that’s guaranteed to get you plenty of Instagram Likes. 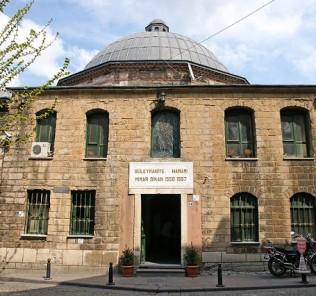 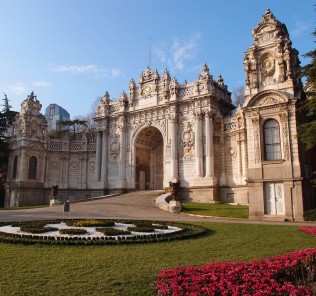 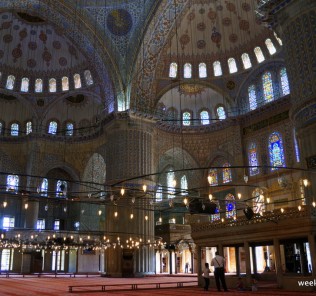 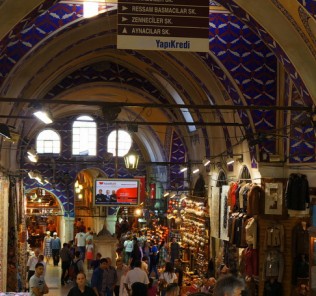 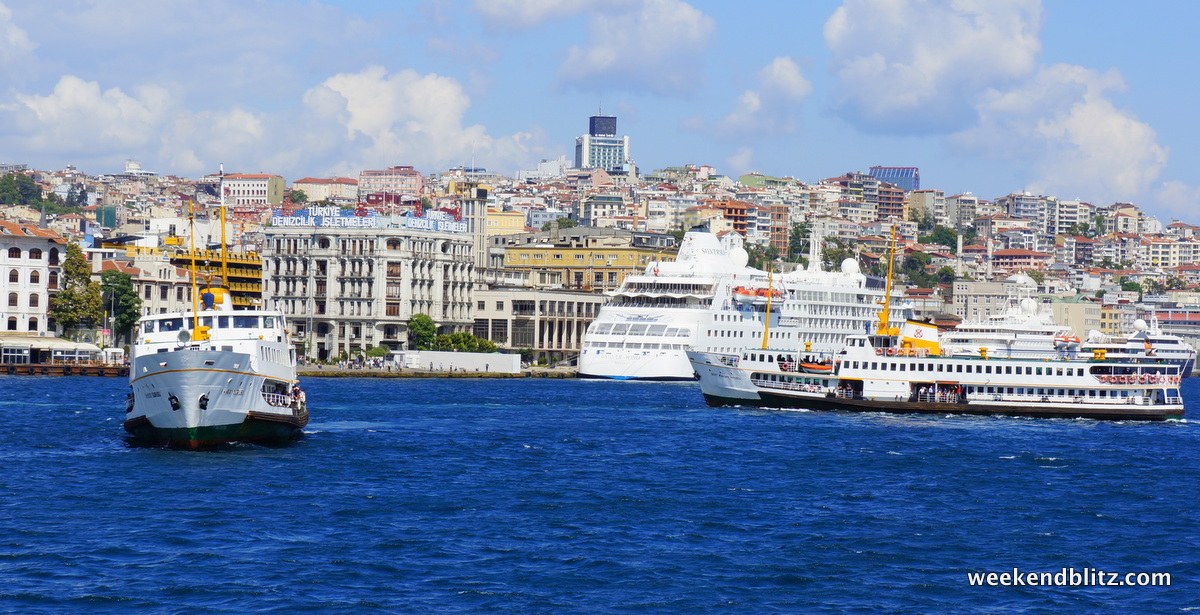