by jeffreyAugust 21, 2013
This entry is part 4 of 10 in the series France/Italy
France/Italy

Fresh after landing at Paris-CDG, we had hoped to have a chance to check out the Air France Arrivals Lounge at Charles de Gaulle but were worried about making our train connection. So we just sucked it up and scurried out to baggage claims, but not before passing a very casual form of “Customs and Immigration” which consisted of an area with a few French police/military decked out in fatigues and submachine guns. They stopped me, seemed confused that I spoke French and then insinuated that I’d just come off the flight from either Casablanca or Cairo, when I corrected them and said that I came from New York JFK they seemed even more confused, checked the arrivals board and then waved me along, completely disinterested.

Our bags took a good while to hit the baggage claim belt, not totally surprising since we landed way over at Terminal X, a very long series of walks + train rides to the baggage claim terminal. Fortunately, our bags were some of the first off since we had Sky Priority.

The station is connected to the airport and yes, you can walk there! (or take a quick and free shuttle bus/train). There are very few words to express how awesome it is that Paris has a high-speed rail station from their main international airport that accesses all major lines to the rest of France. In the US where it’s uncommon to even have decent rail access from an airport to the city, long distance high-speed train access is unimaginable.

After scooping up your bags from the terminal, you’ll have a short walk from Terminal 2 to the TGV station.

If you land at either 2E, 2F, or 2G, your bags will wind up at baggage claim in 2E/F, so you should only have a 6-8 minute walk. If you’re arriving by train and flying out, you’ll want to budget enough time based on where your terminal is, see this chart: The recommended minimum transfer time is:

But, this can vary widely with flight delays. I’m comfortable with the recommended 40-55 min train to plane time since delays on main TGV lines are infrequent but I would allow much more than 50-60 mins for a plane –> train transfer.

Should I buy my ticket before arrival or at the station?

This is always a great dilemma, here’s our example and how we handled it. In short, I prefer to purchase tickets once we’ve landed.

Our flight was scheduled to arrive CDG at 12:30pm, giving us the following choices for the CDG-Bordeaux train:

When pricing out the tickets online, we compared both purchasing through RailEurope and direct on the Voyages-SNCF.com site and determined that dramatic savings (20-40%) can be achieved by purchasing direct through SNCF (post linked).

On the Voyages-SNCF.com site you’ll find a few discounted fares, and have the choice of applying any discounts you might qualify for.

The most important things to watch out for when pricing a ticket are the exchange/reimbursement terms of the ticket. Take this pricing for example: For the PLEIN TARIF LOISIR fares, you’re restricted to:

This is shaping up to be a bad choice when arriving in France on an international flight, if you’re just 1 minute late for the train, you’ve lost 91 euros. In fact, the most flexible choice you’ll find, the TGV PRO 2NDE fare, has some serious risks in booking in advance too:

The obvious problem with this is the possibility for lengthy travel delays. If your flight is delayed a little, you might arrive to the train station within that 1 or 2 hour window, but, if it’s seriously delayed, you might be out 100+ euros.

For us, we wanted to waste as little time as possible in that train station–we were ready to make it to Bordeaux to start sightseeing! With the plane schedule to land at 12:30pm, there was a possibility, albeit it small one that we could make the 2:09pm train. If not, the 4:21pm train should be easily doable. We opted to wait until arriving at the train station to book so that we could be on the very next available train while minimizing our risk in missing a pre-booked ticket.

Our recommendation: If you’re flexible on time, book the cheapest ticket possible (will have the least flexible terms) and allow plenty of time for your transfer. If you don’t want to waste time waiting around the airport, and are ok paying a good bit more, plan to buy your ticket once you land and make it to the TGV station for the next available train.

Buying your ticket at the Charles de Gaulle TGV Station

Once in the TGV station area, keep following the escalators down until you’ve reached the main concourse. Here, you’ll find 2 large ticket offices, a bunch of self-serve ticketing machines, restaurants, cafes, a bank with ATM (if you need to either withdrawal or change $$) and a waiting lounge.

A) Best bet: If you’ve got a credit card with the built in chip, then you can easily use the self-serve ticketing machines. They’re quick and rather easy to use. B) If you aren’t lucky enough to have a credit card that will work, then you’ll have to join the queue to see an agent. The line is almost never shorter than 15-20 mins and could be as much as 60+ mins, so plan accordingly. Just about every employee here will speak English and they can take standard swipe credit cards. With ticket in hand, you can proceed to your platform and board!

BOTTOM LINE: Flying into CDG and taking a train out, or vice versa, is very convenient but requires planning! Make sure to budget plenty of time for a transfer or buy your tickets when you arrive to remove the worry. We opted to buy our train tickets once we landed in Paris. 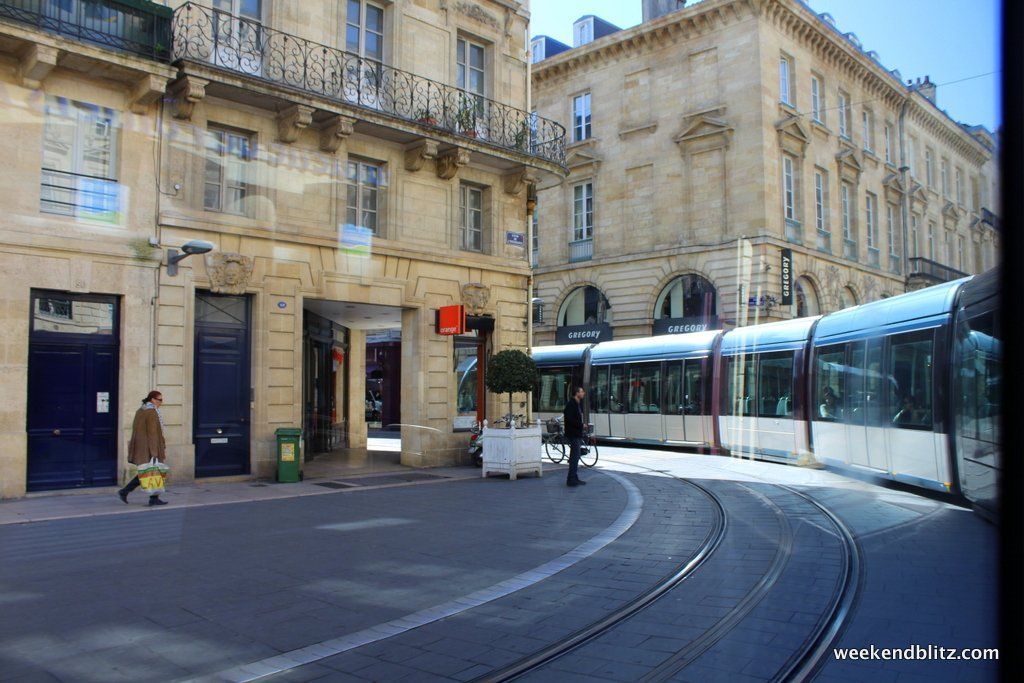