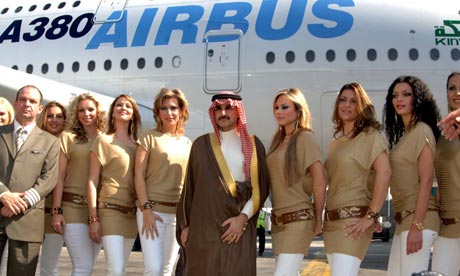 So, this is the coolest thing I’ve ever seen:  a Saudi Prince is giving a whole new meaning to the term “making it rain” by dropping more than $480 MILLION US DOLLARS on a “private jet.” And, not just any private jet, the biggest passenger airplane to ever fly… an Airbus A380: 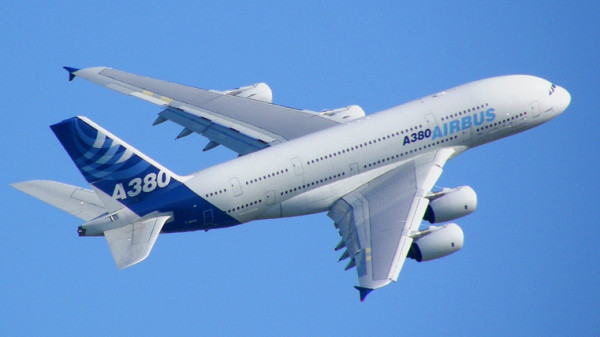 Doesn’t suck to be this guy

And, if you’re just 1 man, why would you want the 525 to 800 seats that come standard on the plane? Might as well call in the Xzibit of the uber-wealthy, Edése Doret Industrial Design who “designs Aircraft & Yacht interiors for Heads of State, Private Clients, Governments, VIP, Corporations & Airlines” to convert that monstrosity into a 100-passenger-max flying palace:

The upgrades designed by Edése Doret are said to cost somewhere in the $100 to $150 million range. Here’s a glimpse at why: 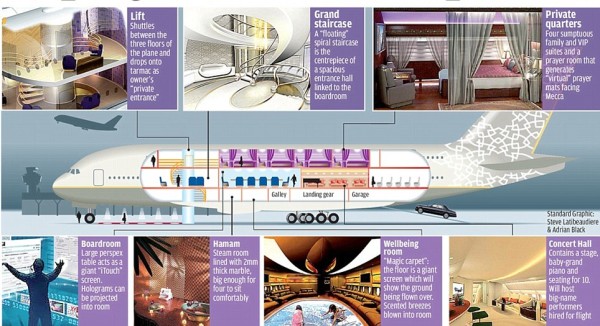 While the following video isn’t a rendering of the Saudi Prince’s A380, it gives you an idea of what Edese Doret can do to a relatively smaller (but still giant) plane. Their Boeing 757 refurb:

Other pictures from the Prince’s A380 Project: 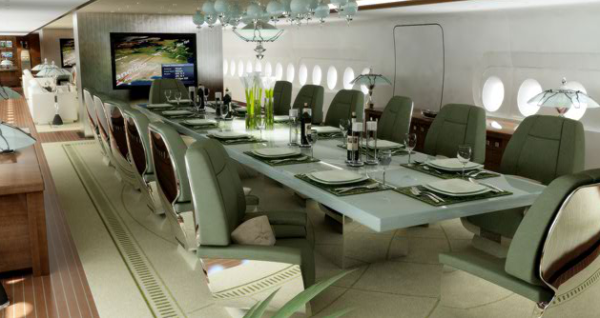 “Doret designed a 14-seat dining table for the Prince and his guests, complete with cushy chromed chairs and a glass chandelier, all rendered in soothing neutral tones.” source: curbed.com 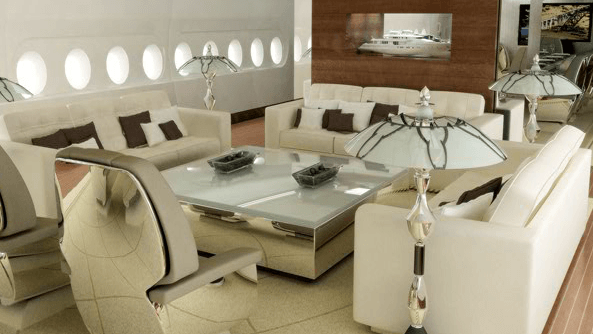 “Adjacent to the dining area, a lounge area boasting three sofas, a pair of chairs, a shiny coffee table, and four rather hideous light fixtures. As if guests weren’t impressed enough already by a half-billion dollar private jet, there’s an illuminated nook in the divider to hold a scale model of the owner’s absurdly large motor yacht. A huge flatscreen television, mounted on the wall opposite the ship model, provides more pedestrian entertainment.” source: curbed.com 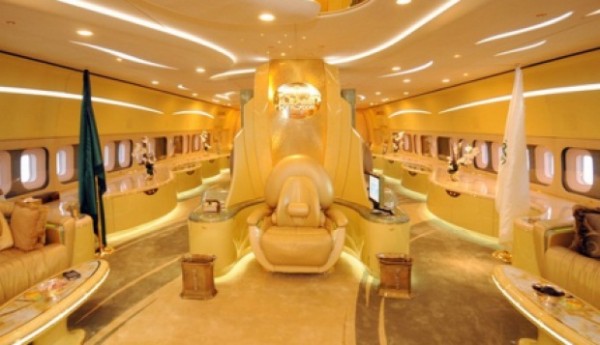 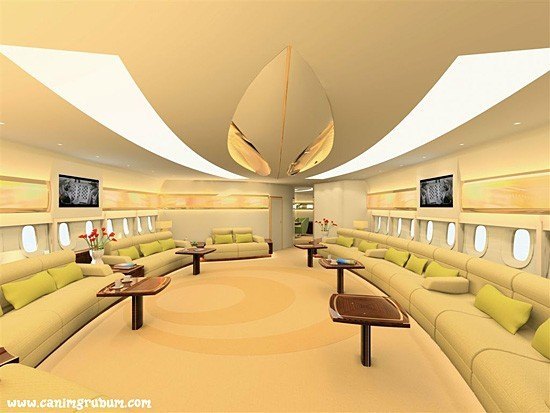 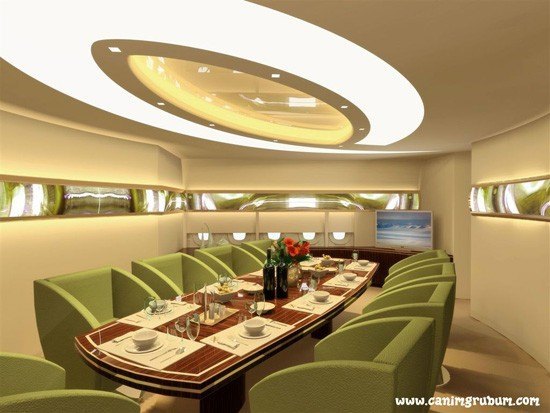