How-to: Benefit from an Overbooked Hotel 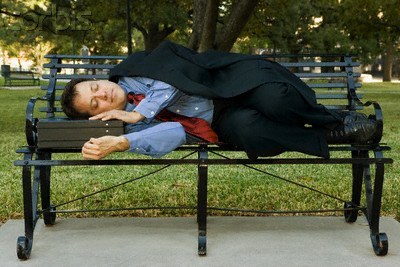 I had a reservation at a Sheraton property that I made many weeks ago at the Fed/Gov’t rate. On the morning of my check-in date, I received a call from the hotel manager explaining that they were overbooked for the night and were starting by calling all SPG Platinum/Gold members to see if they would be willing to accept Starpoints for having their reservation cancelled. He said that they’re offering 7,000 Starpoints for volunteers (this is equal to 1 free night at the property)–I paused and thought about my travel plans:  they were, in fact, flexible and I didn’t have to stay at that particular property.  Suspecting that they could go higher, I told him that if he could do 10,000 Starpoints, then I’d be willing to accept the cancellation. He said no problem, thanked me for my flexibility and told me to look out for the points in my account within 2 days.

As promised, 10k points were posted to my account!

I was able to rebook at another Sheraton just a few miles away for the same Fed/Gov’t rate of $91, so it was as if I’d just received 10k Starpoints for free, with little to no inconvenience.

If it is truly Starwood’s policy to start by calling SPG Platinum members, then I imagine I was one of the very first on the list because I would assume their next step was to start calling those that booked at the cheapest rate first. I booked my room for $91 and their standard flexible rates are around $229 (but can go for as high as $400) so it makes perfect sense to try to bump me and then rebook my room for $400. If I had insisted on staying, they would have been getting $91 in revenue and would likely have to book me at a neighboring property for a much higher price.

How does a hotel become “overbooked”

1. The most common scenario is that hotel purposely, similar to airlines, will sell more rooms than they actually have expecting that a certain percentage of those bookings will cancel on their own. The hotel’s goal is to be at 100% capacity every night so it can make good business sense to book 110% of your available rooms as long as they have made a calculated estimate that 10% might might cancel.

2. When hotels are working with third parties like Expedia or Travelocity, overbookings can be more common. Technically, based on the agreement through each third party, hotels are supposed to “set aside” a certain amount of rooms for these websites to use. However, when the property is making bookings using their own reservation systems, it is possible that an Expedia reservation could come in after the hotel is already at capacity — but the hotel will be required to honor these reservations either way.

3. Elites within hotel loyalty programs likely also add to the overbooking problem. Starwood Platinum, Marriott Platinum, Hyatt Diamond etc… all have benefits that will guarantee room availability within 48-72 hours of check-in. Also, you can imagine, the only time you’d need to exercise your privilege/right/benefit to your guaranteed room availability is in periods of high demand (and the way they’re coming up with that room is by bumping someone else).

How an overbooking is handled Most states have laws requiring accommodations to be provided at an alternate hotel, of equal or greater value–this is commonly referred to as a “walk” in hotel terminology. In the event that a hotel is overbooked resulting in no rooms remaining available, hotel management will often “walk” the customer to a neighboring hotel. The good news is that this practice is more common than you might realize and hotels often maintain partnerships or agreements with neighboring and even competing hotels so that each may send their overflow guests at a predetermined rate in the event of an overbooking.

– Who stays and who goes?

Some hotel chains have specific company policies which determine which customers will be walked in order of priority:  often, customers who belong to the highest tier level of the hotel’s loyalty program will likely not be forced to walk (in my case, they basically paid me off, had I declined I would have had a better shot at staying at the original property, not forced to walk to a neighboring one) or would be the last to be walked in an extreme situation. Customers with third-party reservations that were not made directly with the hotel or first-time customers with a discounted rate may be at a higher risk of being walked.

– Will this cost me anything?

Since you’re protected by law in most states, if you’re bumped, you’ll pay the hotel you booked with directly and they will handle compensation the other property. In some cases, you might have booked at a discounted rate many weeks or months ago and you will have to be bumped to a much nicer property and the original hotel will be stuck eating the additional cost. If anything, some loyalty programs will even give their elite members something extra (either $, points or free night vouchers) just for the inconvenience of having to walk.

BOTTOM LINE: If you’re invited to be a volunteer to cancel when a hotel is overbooked, understand the hotel’s costs and make sure you’re being fairly compensated. And if they walk you, ask for some type of compensation too. Don’t forget–their first offer is never their best offer.