Top 16 Longest Emirates Fifth Freedom Routes: Coming to a City Near You

Other posts in this series:

Emirates has been more and more aggressive with Fifth Freedom routes (read more on Fifth Freedom routes here:  What are “Fifth Freedom” Airline Flights and Routes?)– probably the most active of any other airline in recent times. But, that just might be our skewed perception from all of the recent press; within about a year, Emirates:

Back in June 2013, Tim Clark talked about adding more and more routes:  “Emirates President Tim Clark said plans would hinge on transporting passengers on a fifth-freedom basis using Open Skies agreements the United Arab Emirates had signed with the US, Singapore and Thailand and a more liberal bilateral air services agreement with Japan” (CH-Aviation.com).

In another article, the CAPA discussed Emirates’ plans for even more trans-Atlantic Fifth Freedom flights:  “Emirates for some time has spoken of ‘connecting the dots’ and offering greater fifth freedom services. The most recent talk is from northern UK to the US. Emirates’ rationale is similar to Milan-New York:  traffic is being routed through connecting cities and it could serve the market directly” (centreforaviation.com).

Emirates: Coming to a city near you

Anyway, let’s get to it; here are Emirates’ 16 Longest (and complete) Fifth Freedom Routes: 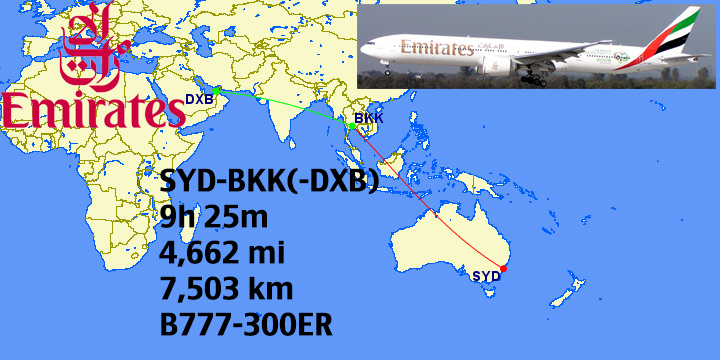 2. Milan-MXP <–> New York-JFK comes in at second place with a 9 hr 0 min flight that covers 3,995 miles (6,429 km). EK Flight #205 (UAE 205) begins with a 7 hr 05 mins flight from DXB to MXP before continuing onward to JFK. This has been the most contentious of all of Emirates’ Fifth Freedom routes lately. They began service in October 2013 after receiving approval from both US and Italian authorities (read more on Fifth Freedom routes here: What are “Fifth Freedom” Airline Flights and Routes?), but it didn’t take long for the domestic carriers to file formal complaints. The Italian group that represents Alitalia and other Italian airlines “argued that the right to use Milan as a stopover cannot be granted to a non-European Union carrier or to an airline from a country that isn’t the point of departure or the destination” (USA Today). The gist is that Emirates is added competition and also delivers a better product, so Alitalia’s sales are hurting as a result. Although an Italian court moved to block the route in April 2014, it’s still bookable and continues to be flown, so we’ll have to see how it shakes out. 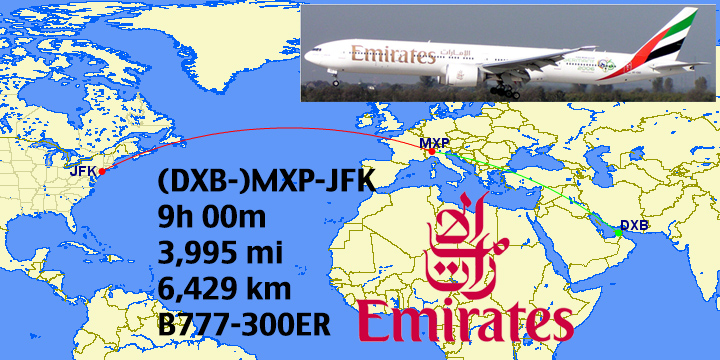 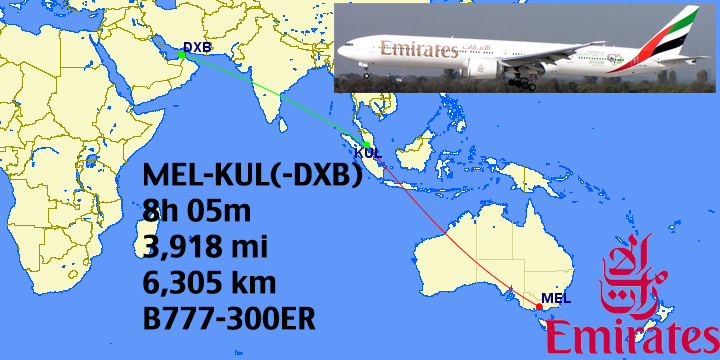 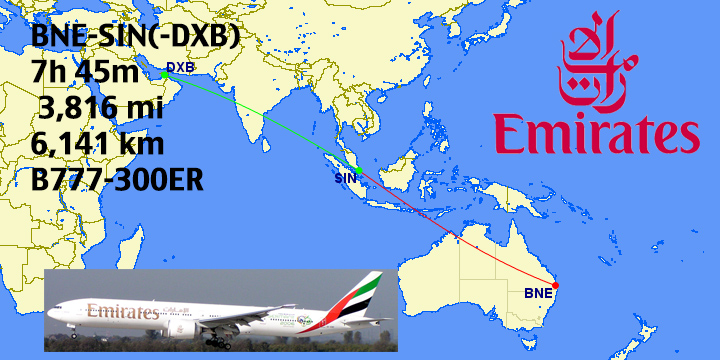 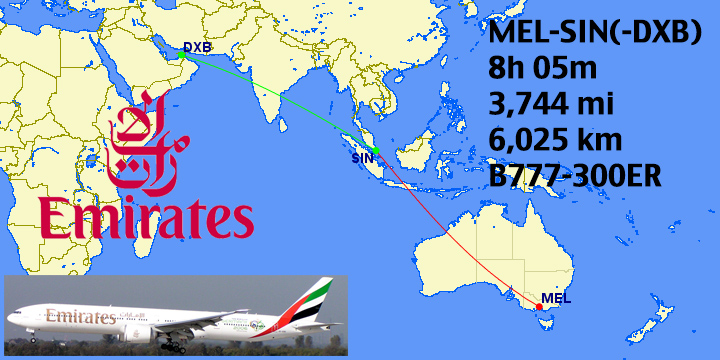 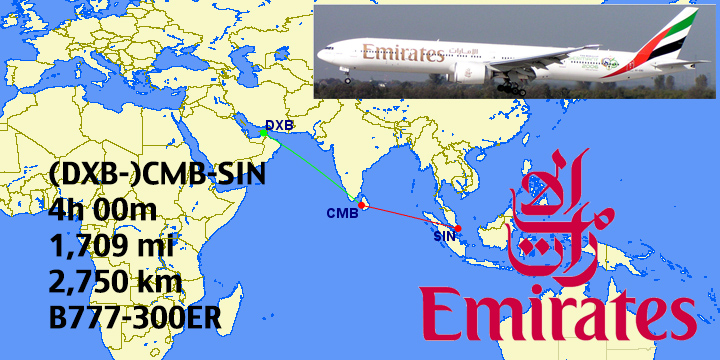 7. Auckland-AKL <–> Melbourne-MEL beings the series of the Australia to New Zealand routes. The flight from Auckland to Melbourne takes 4 hours and 10 minutes on an Airbus A380-800. After a short layover at MEL, the flight then continues onward to Dubai-DXB for another 14 hours 0 minutes of flying. 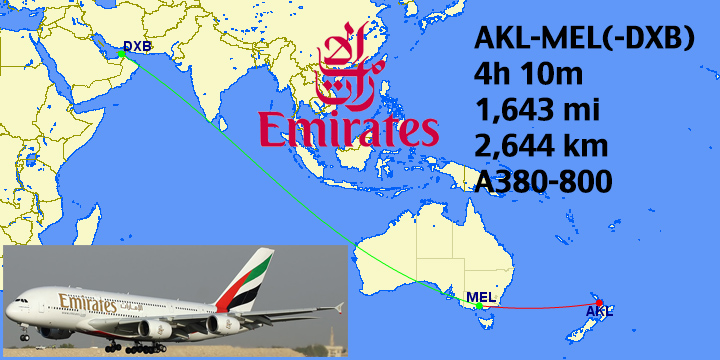 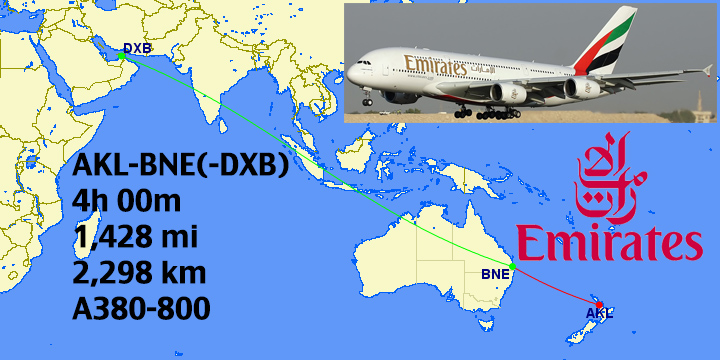 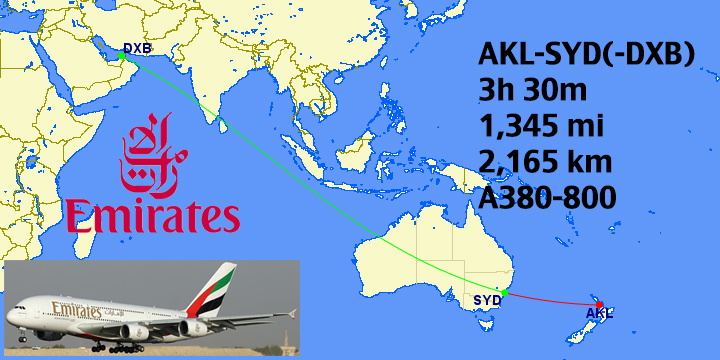 10. Although number 10 on this list, Christchurch-CHC <–> Sydney-SYD is by far the longest flight based upon total flying time. Starting in Christchurch, EK Flight # 419 (UAE 419) has a pretty quick 3 hr 20 min, 1,323 miles (2,129 km) hop from New Zealand to Australia. It then begins Emirates’ #1 longest Fifth Freedom flight (see above) before continuing on to Dubai. All told, this flight (if taken from Christchurch to Dubai) would take you 21 hr 50 mins due to all of the layovers. 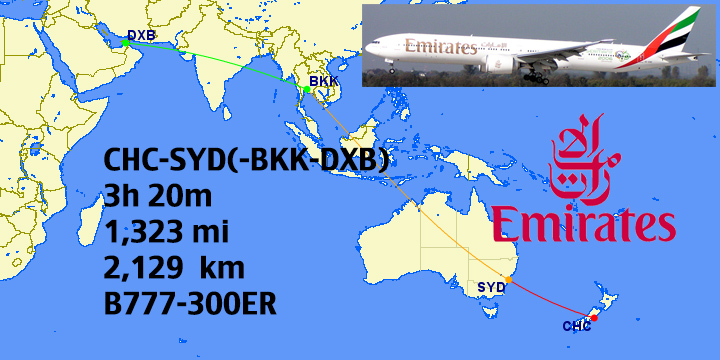 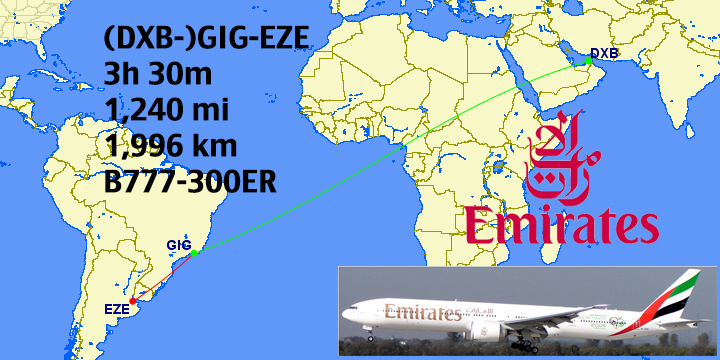 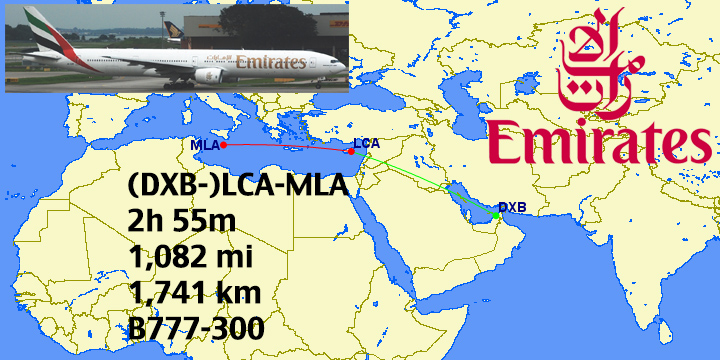 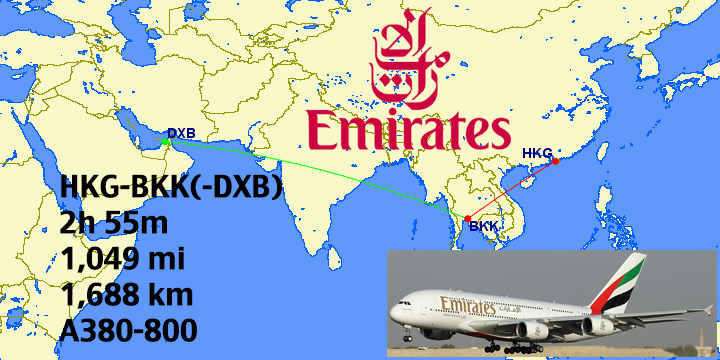 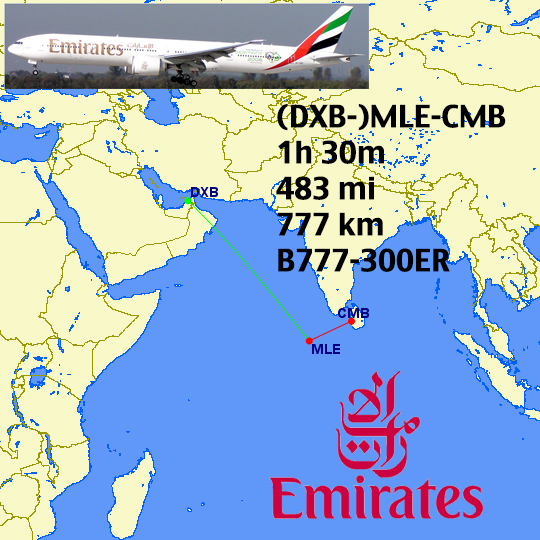 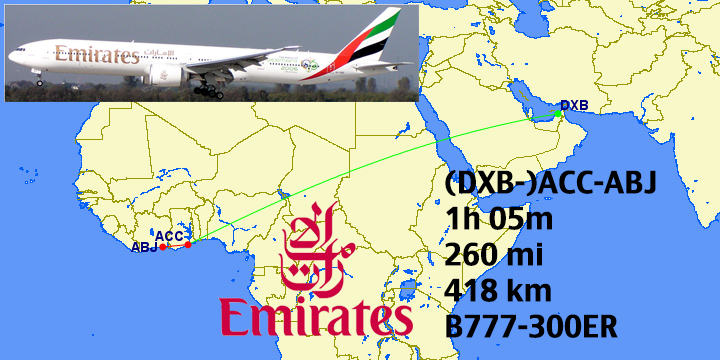 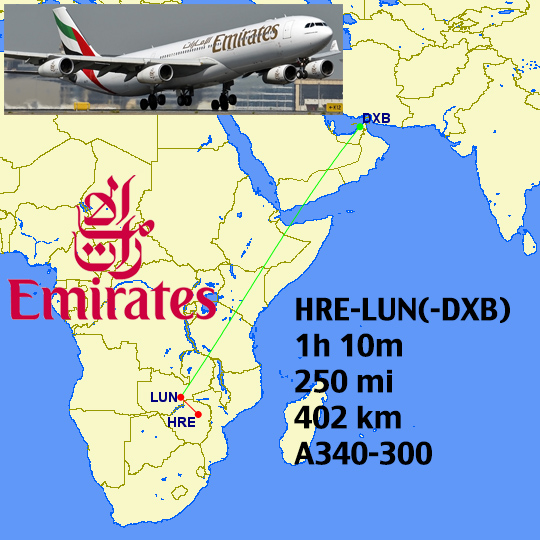 – Conakry, Guinea-CKY –> Dakar, Senegal-DKR is flown in just the one direction but doesn’t have Fifth Freedom privileges, meaning you’re not allowed to book just the CKY-DKR route but can fly CKY-DKR-DXB. 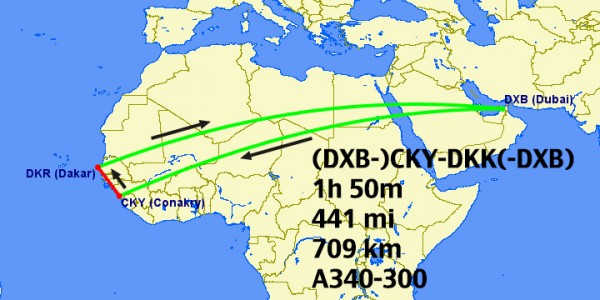 – Malta-MLA –> Tripoli, Libya-TIP is the same as the above flight–it can operate but isn’t allowed to pick up passengers in Malta and carry them to Tripoli. The most likely explanation? The route is already well served:  both Air Malta and Libyan offer daily non-stop service. In total, the native airlines are capable of carrying ~350 passengers daily between the 2 cities; they likely decided that swamping the market by doubling capacity with an additional 360 seats (8 first, 42 business and 310 economy) would have been horrible for their businesses and voted against it. 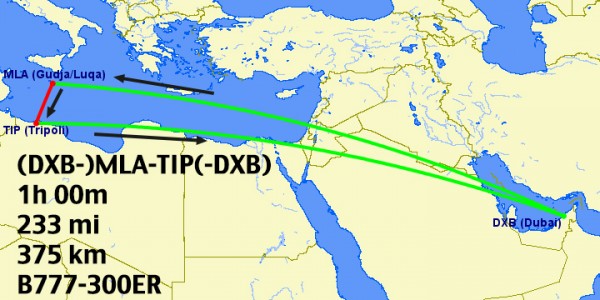 Our Credit Card Sign-up Bonus Spree: 375,000 miles and points
Next