I was browsing Wikipedia the other day looking for a ranking of the top US Domestic airlines based on passengers carried and came across this: 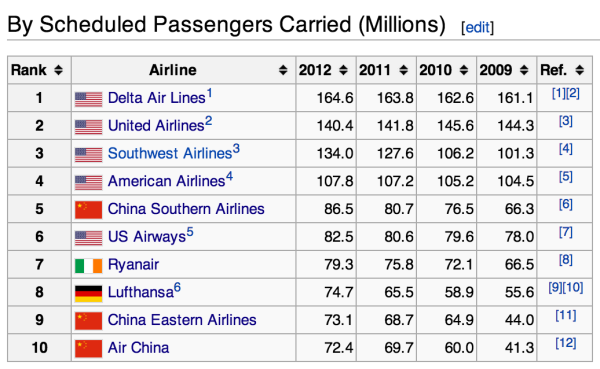 I had no idea that Delta was the largest airline in the world as of 2012! This got me thinking: what are Delta’s longest non-stop routes? This installment joins the others I’ve compiled including:

Valentine’s Day Gift Ideas (While Earning Up To 35x miles/points!)
Next