The iPhone 6 mania is amongst us. That special time of the year where the overlords at Apple tell us what we’ll be spending our money on immediately.  So, unless you’ve been living under a rock, you know that the iPhone 6 is out and that you need to have it ASAP. 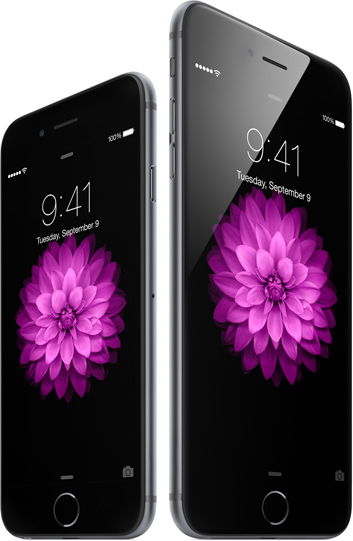 I was about to pledge my allegiance to Verizon for the next 2 years and renew my contract but wanted to have the flexibility to use my new smartphone abroad, possibly using a foreign carrier’s SIM card. So, my nagging question that I needed answered before getting my hands on the newest iGadget:

What’s the best iPhone 6 to get for international travel?

Is it possible to get an unlocked iPhone 6? If not, who’s the best U.S. carrier to get it from to increase the chances it can be used abroad?

Here’s the short and sweet version, mostly summarized from the great information found at Techwalls.com:

The TL;DR version of that chart (but c’mon, the chart was so short and simple!): The most versatile is the A1586 (4.7″ screen) or A1524 (5.5″ screen) model that is sold by Sprint, C Spire, US Cellular as it has the capability of being the most functional abroad. The downside is that Sprint, C Spire, US Cellular only sell locked versions of their phones with a 2-year contract, so you’ll be out of luck if trying to insert another company’s SIM card (there is a chance that you can get the phone unlocked after 90 days, but it doesn’t sound like it’s a guarantee). For me, that was a deal killer as I really wanted the option of using the phone with a foreign provider. The next best option is to purchase an unlocked iPhone 6 A1586 or A1524 on the open market, since Apple hasn’t started selling them unlocked yet. This, too, was a deal breaker for me as they’re $870+ on Amazon or as much as $1,167 on eBay (ships from Hong Kong or Sydney).

Pros: Most versatile, you can get access to TD-LTE  and TD-SCDMA bands which opens up use to basically every carrier in the world, this will prove to be especially useful in China

Cons: An unlocked version could cost between $870-$1,167. If you get the subsidized version from Sprint for $199, it will assuredly be locked and you won’t be able to use the phone with a foreign carrier abroad. Sure, you’ll be well connected when paying Sprint the $1.99/minute roaming rates but out of luck if you want to use an external SIM. There is a chance that Sprint will unlock the phone for you after 90 days. Even if you get it unlocked, you can’t activate it on Verizon in the future due to the “whitelisting” issue described below.

Pros: UNLOCKED for foreign SIM cards (**probably**), while you’re missing out on the new TD-LTE bands, it’s still not that widespread and you’ll still have a very functional phone. You can get the 16GB iPhone 6 for $199 with a 2-year contract; you’ll get a “whitelisted” phone that is guaranteed to work on Verizon in the future.

Cons: Missing out on the TD-LTE bands, which might slow you down in China/Europe with some providers

Pros: Because T-Mobile doesn’t make you lock into a contract, the phone will be UNLOCKED for foreign SIM cards, you’ll pay ~$27/month for 24-months for the base iPhone 6 instead; T-Mobile Simple Choice plan (our review of it here) is the best available for international roaming

Cons: You’ll be missing the TD-LTE bands and the CDMA bands, you wouldn’t have the option of moving this phone to Verizon (it won’t be on Verizon’s whitelist) or Sprint because the hardware is more limited

Pros: If you’re an existing AT&T customer and want to stick with them while you’re in the U.S., this would be the easiest route

Cons: Same as the T-Mobile issues:  you’ll be limited abroad since you’ll just have access to the GSM and FD-LTE bands, even the contract-free full-price iPhone 6’s will likely come locked, you’ll have to wait up to 60 days and then request an unlock code from AT&T here (Request a device unlock for your AT&T Mobile Devices (Phones and Tablets)) and hope that they honor it.

What are you missing by not having the full TD-LTE access? Is it worth it?

The following is a list of worldwide cellular network providers that have adopted the fast, new TD-LTE technology on some or all of their network. What does this mean? This is an indication of how valuable having the most capable iPhone 6 might be to you. It answers the question, is paying the full price of $870-$1,167 for the iPhone 6 model # A1586 (4.7″) / A1524 (5.5″) (offered by Sprint/U.S. Cellular in the US) worth it?

For example, the chart below tells you that if you get the Verizon or T-Mobile/AT&T phones and then go to Sweden and insert a SIM card from the cell provider “3”, you might not be getting access to the fastest speed internet that they offer because you won’t be able to tap into the TD-LTE bands. Does that mean that the service won’t work at all? In this case, no, not at all:  you’ll still have service in Sweden because “3” also broadcasts the other LTE bands as well.

The one country that not having TD-LTE and TD-SCDMA will be rather limiting is China, so if China is a place you envision extensive use then you should probably jump through the hoops to secure the 1586 (4.7″) / A1524 (5.5″) model (offered by Sprint/U.S. Cellular in the US).

So, to summarize, if you’re looking for ease of use without having to wait, these are the 2 iPhone 6 models that come unlocked out of the box and will work in all countries around the world (with the exception of the TD-LTE band):